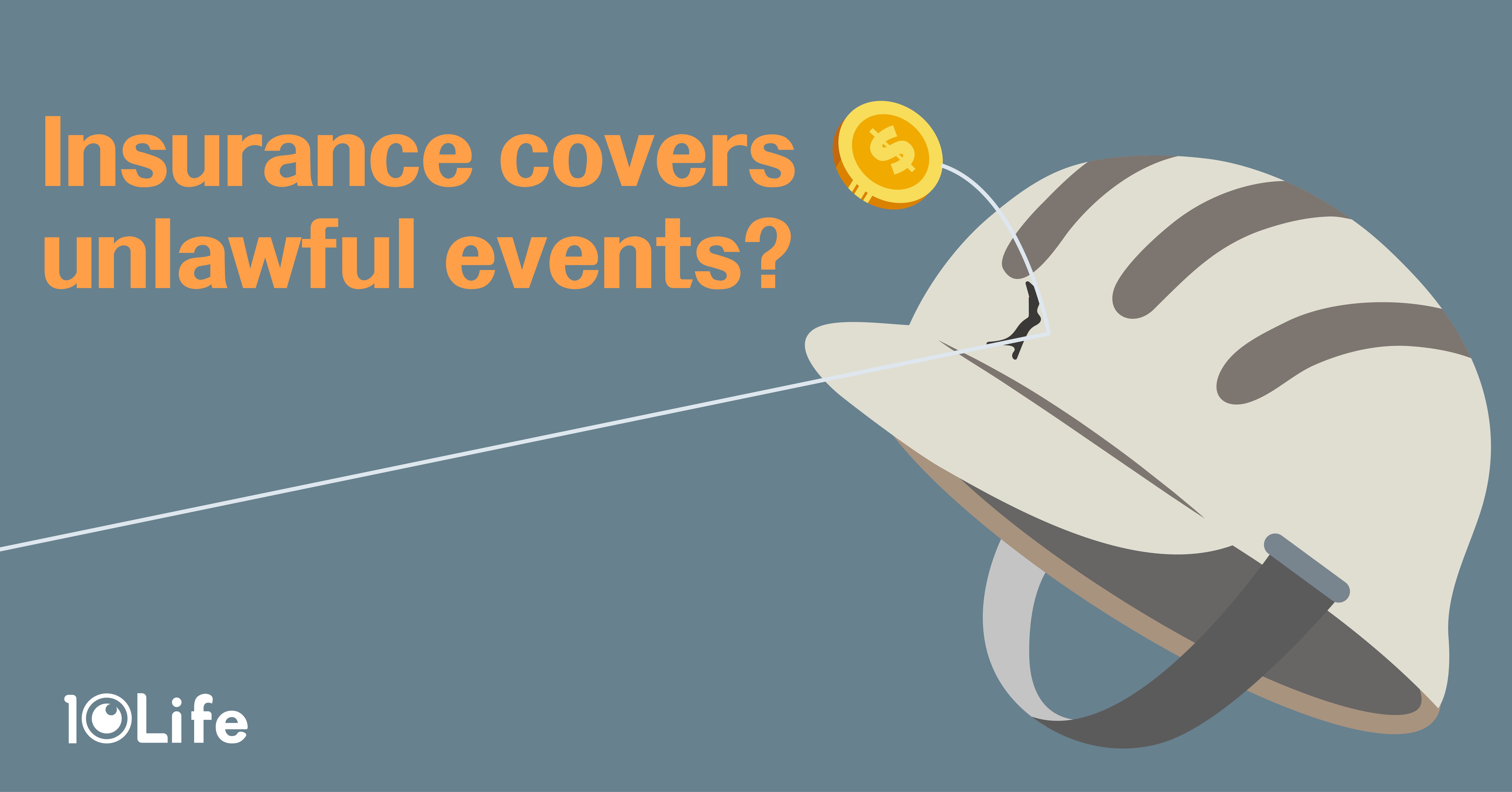 In recent weeks there have been numerous public activities such as protests and demonstrations in Hong Kong, some with various degrees of violence and chaos. As a result, there are concerns by the general public whether their insurance claims would be declined if they get injured during these events. Hong Kong insurance rating platform 10Life reviewed various health, accident, life and critical illness products and found that not all insurance claims would be declined even if the related public activity is classified as “illegal”. We found life insurance and critical illness insurance have fewer "exclusions” than health and accident insurance in general.

Insurance companies consider various risk factors in their product design. Many accident insurance and health insurance products list "war", "terrorist attack" and "riot" as exclusions, as these events may bring unpredictable number of injuries and deaths leading to large sums of claims. These products would also decline a claim if the insured person is participates in an illegal activity. As for life and critical illness insurance, not all products exclude “illegal activity”.”

VHIS is class of health insurance covering the medical expenses under hospitalisation and some day-case procedures based on standard terms and conditions outlined by the Food and Health Bureau of Hong Kong.

We found there are no mentions of "protest", "demonstration", "riot" or "terrorist attack" in the exclusion clauses of VHIS, but there is an exclusion clause for medical expenses arising from "illegal activity". In Hong Kong, legal protests and demonstrations requires pre-notification and no objections from the Hong Kong Police. If the insured person is injured through a legal protest and gets hospitalised, the insurance company should compensate for the relevant medical expenses.

If the police declares that that the protesters are participating in “illegal assembly" or if the government classifies the event as "riot", the insurance company may reject the claim on the medical expenses incurred by the insured person if he/she continues to participate in the event. However, if the insured person is injured only as a passerby of the event and not participating in the “illegal activity”, the insurance company should still compensate for the relevant medical expenses. But if the situation turns into “hostilities”, “rebellion”, “insurrection”, “war”, etc., then regardless of participants or passers-by, the insurance company can reject the claim based on the exclusion clauses.

Reference terms under “General Exclusions” in the VHIS provisions：

Expenses incurred for Medical Services as a result of Disability arising from or consequential upon the dependence, overdose or influence of drugs, alcohol, narcotics or similar drugs or agents, self-inflicted injuries or attempted suicide, illegal activity, or venereal and sexually transmitted disease or its sequelae (except for HIV and its related Disability, where Section 3 of this Part 7 applies).

Life insurance covers mainly death, which has less scope for disputes. Hence there is relatively fewer exclusions in general. Most life policies in Hong Kong exclude only “suicide within the first policy year”. Hence even if the insured is killed as a result of either as a passerby or participant in an illegal activity, the insurance company would still compensate the beneficiary.

Critical illness insurance can be regarded as expansion of life insurance. There are usually only a few exclusions, including “suicide within the first policy year”, “pre-existing conditions”, “AIDS”, and “self-inflicted injuries”.

As critical illness insurance may cover conditions such as loss of sight, broken limbs, etc., there is a good chance of getting compensation even if the covered condition is incurred by the insured under unlawful events.

Nonetheless, whether a claim can be paid out under a particular case ultimately depends on the decision of the insurance company, as the terms in the policy provisions are subject to its interpretation.

Accident insurance is designed to cover disabilities and medical expenses caused by accidents. Generally, there are relatively more exclusion clauses, and many products exclude "interfering or attempting legal acts". Hence if a public event is classified as illegal and the insured person chooses to participate, the insurance company may reject any claim arising from the event based on the exclusion.

Have an insurance question? Just ask! 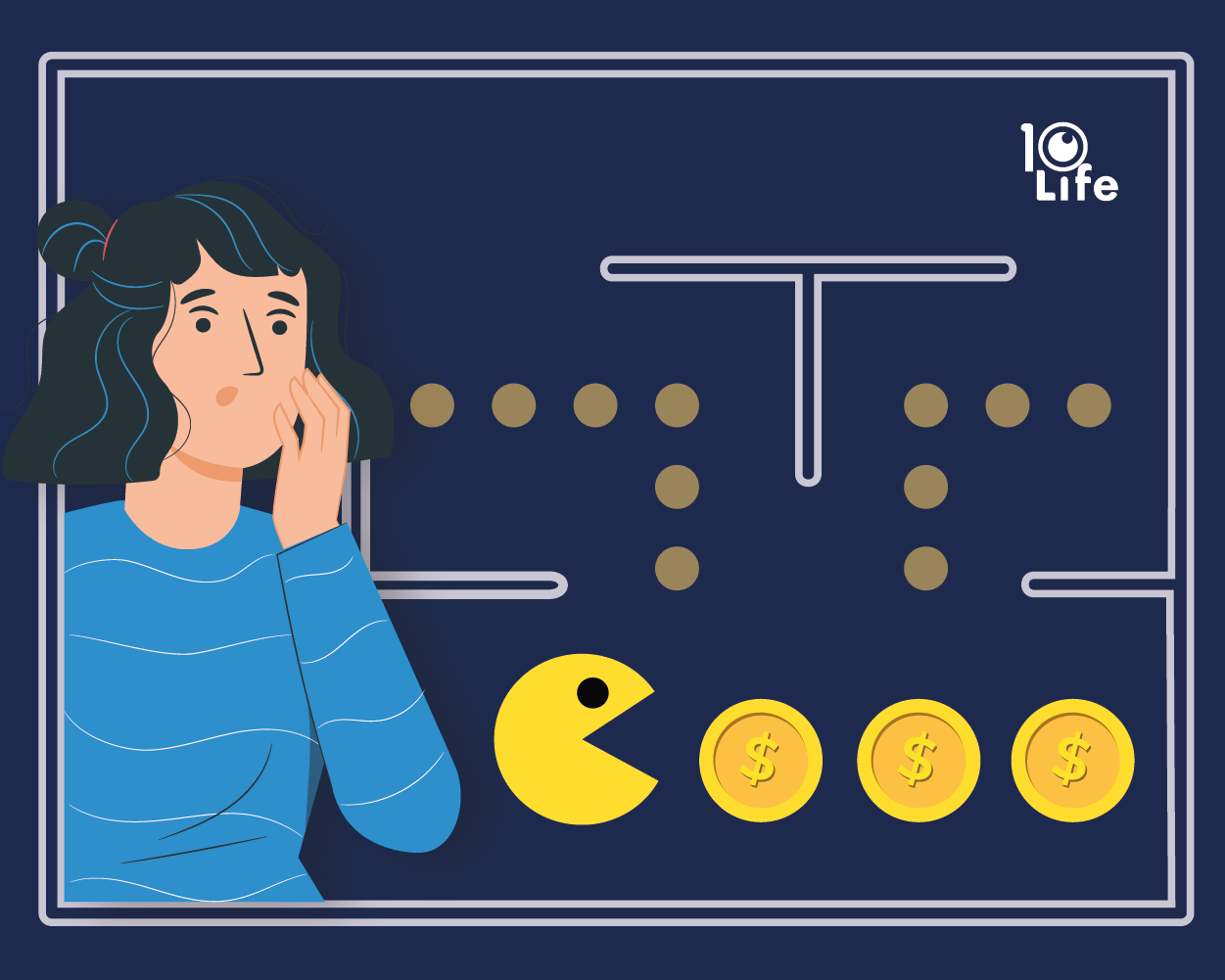 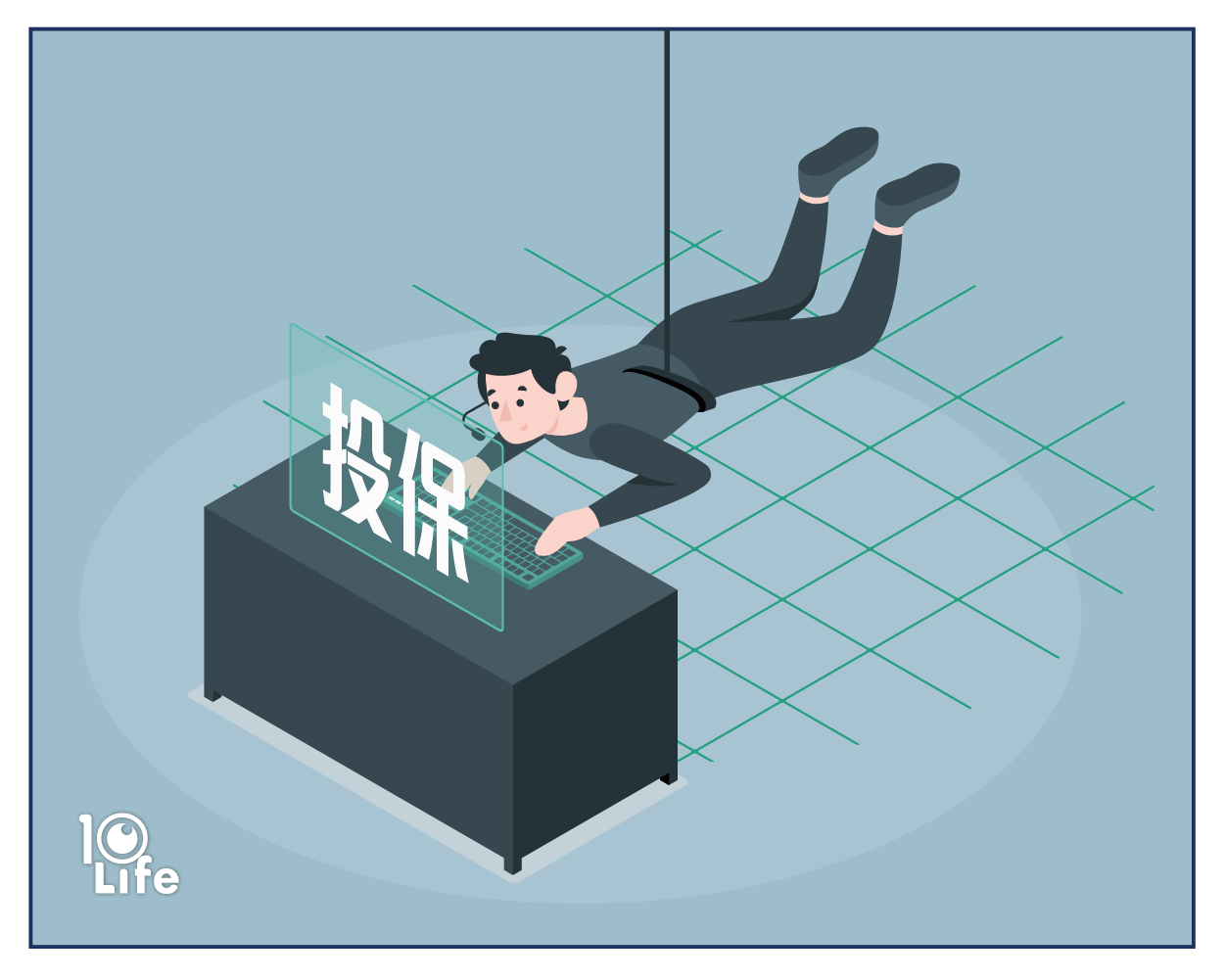 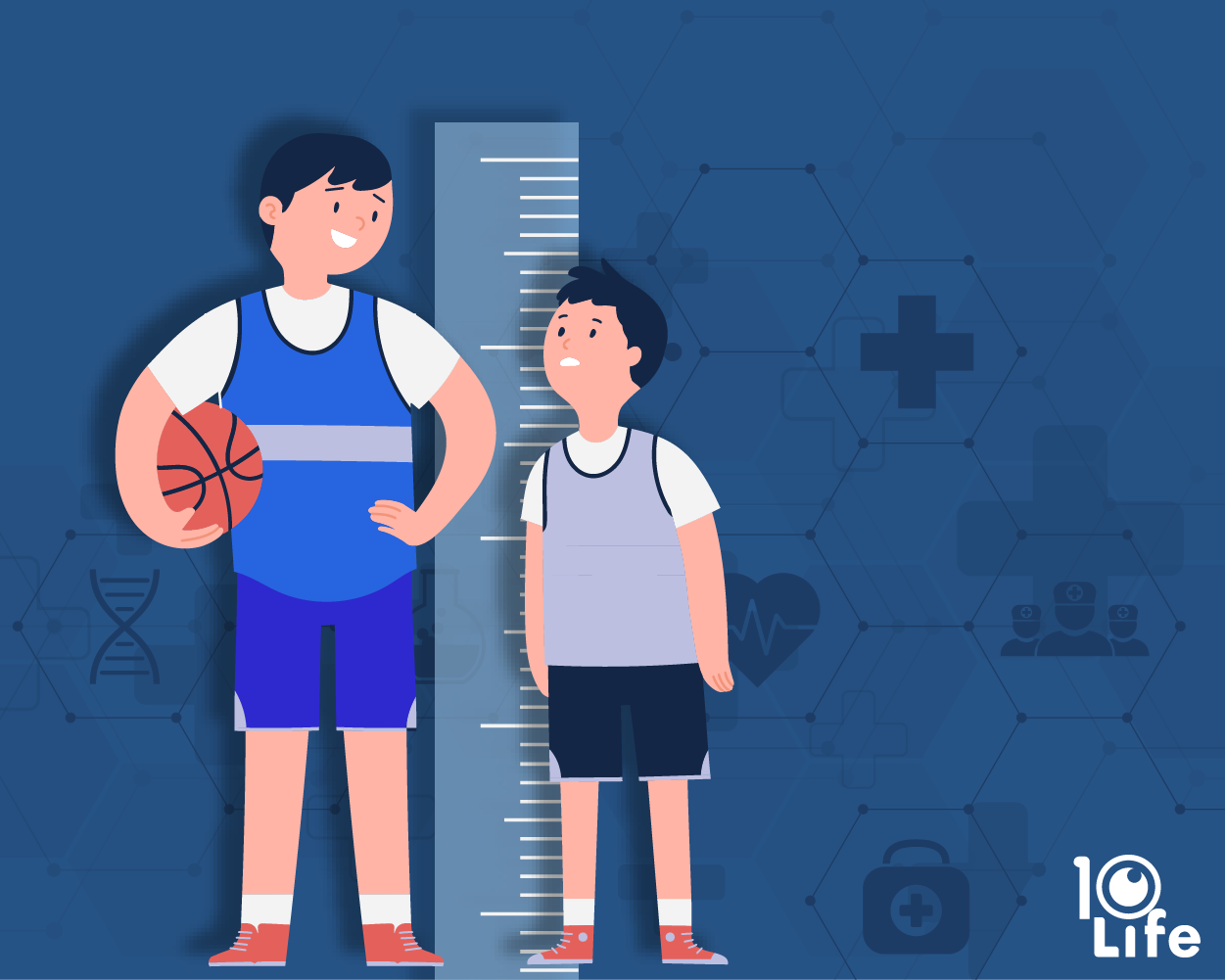 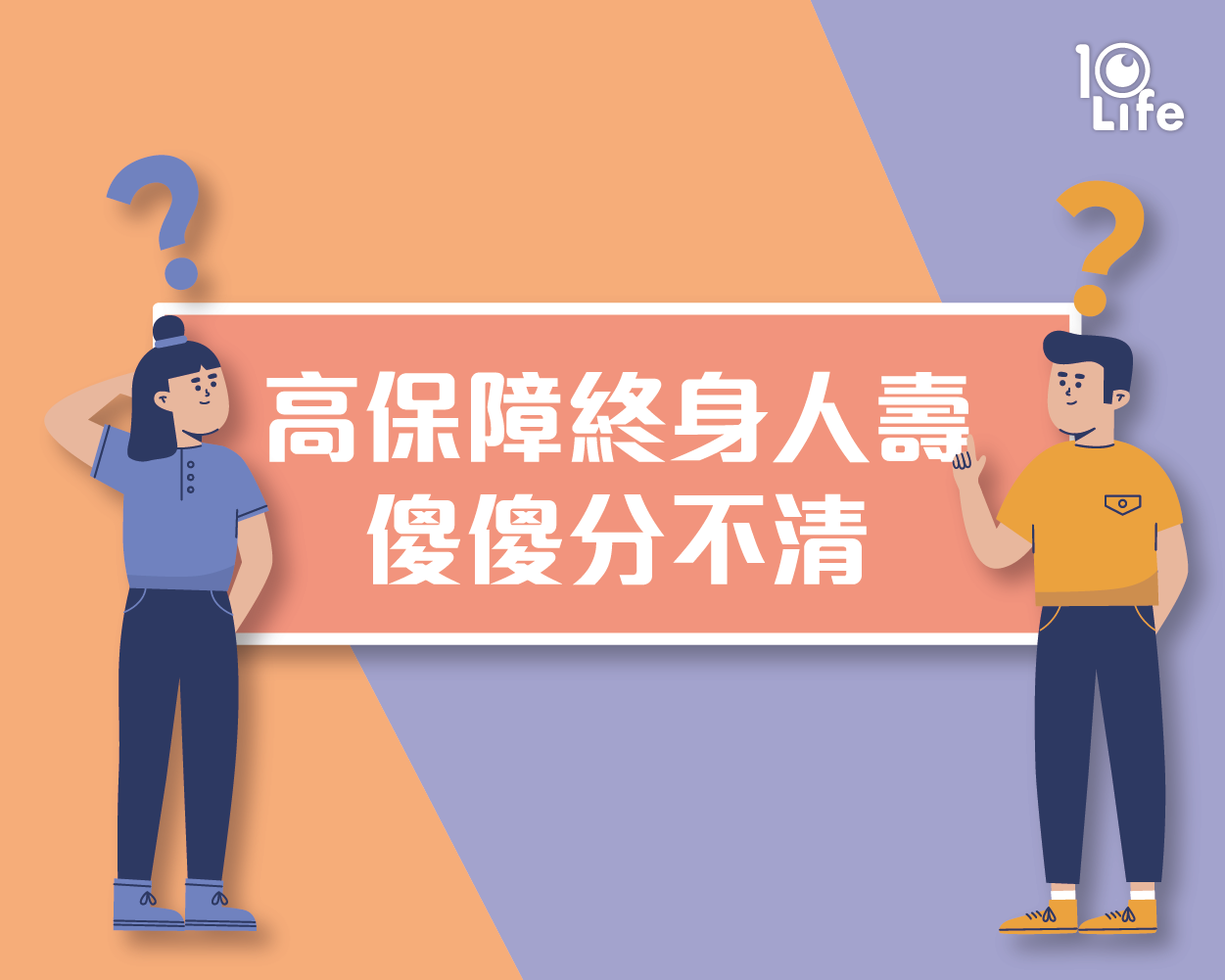 Before we pass your question to advisor, please login or sign up.
Member Sign Up
Member Login

Please enter your email address or login to your 10Life account to save the previous chat. Thank you!
Member Sign Up
Member Login

Hong Kong licensed insurance advisors cannot advise or sell insurance products to individuals physically outside of Hong Kong. If you are not physically in Hong Kong, please do not ask related questions in this platform or use this function. Please also refer to our Terms of Use.

Sorry!
No licensed advisors are available at the moment.
To solve your insurance needs, please leave your contact details and an independent licensed advisor will follow-up with you later.
Please check the agreement checkbox.
You have submitted successfully. An independent licensed insurance advisor will contact you within 24 hours.
Please enter your email address or login to your 10Life account to save the previous chat. Thank you!
Confirm to leave?
AllQDAPAnnuityVHISMass Market MedicalHigh-end MedicalCritical IllnessWhole Life SavingsTerm Life InsurancePersonal AccidentShort-Term SavingsTravel InsuranceSponsored ContentAdvisors CornerILASInternational Medical

Advisor Replies
Your question has been sent to licensed advisors.

Unblocking advisor will allow sending chat messages between two of you.
Advisor Profile

Unblocking advisor will allow sending chat messages between two of you.
My Advisors

No record with advisors.

Over one thousand advisors provide you with insurance advice